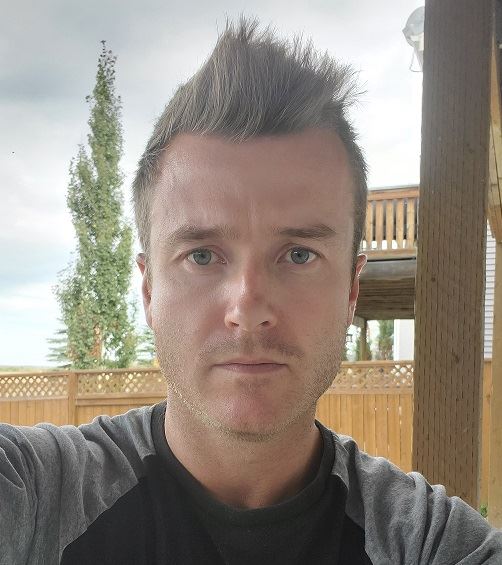 Why are you running for Lacombe City Council?

That's an excellent question, one that I wrestled with a lot over the past year - I found it much more difficult to answer as a sitting Councillor as opposed to someone running for the first time. The truth is that I enjoy the job. I enjoy bringing my knowledge and experience to bear in the governance and decision making apparatus of the City. I enjoy seeing tangible results for citizens from decisions I was a part of. We are entering a very turbulent time, not only all the myriad issues of Covid and how that impacts everyone, but also a period of unprecedented government spending at levels above us and we have no idea how that will ultimately impact our municipal financial model. I understand these issues, and I desire to be part of the team that steers Lacombe through these waters.

What do you hope to achieve in office if elected?

My vision is simply that Lacombe continues to grow as a model community. We have one of the most diversified economies of communities our size in the province, and we are extremely fortunate to be one of the few communities with our own police force. Even during these difficult past few years, our community and institutions have remained stable and even prosperous. My first priority, if I am re-elected, is to not do anything stupid for the next four years. As I mentioned above, we have no idea what all the upheaval around and above us is ultimately going to mean for our city and specifically our city finances. Keeping things tight financially, and focusing on fixing issues that we know are addressable and will have an impact on our bottom line will be a much wiser use of our dollars than big new spending programs and acquisitions. Additionally, I would like to see sustainable infrastructure finance and property taxes that align with inflation to become entrenched within the collective psyche of our citizens. To know that we have predictable sustainable financing for the management of our city is probably the single biggest gift we can give to future generations and citizens of this city.

Why should Lacombe residents vote for you?

You have to either take yourself way too seriously or not seriously at all to answer this question with any earnestness. There are essentially two types of politicians, and I like to refer to them as "Weather Vanes" and "Compasses". A Weather Vane politician changes direction and opinion with the prevailing notions of the people they represent. A Compass politician charts an independent path, and will vote with their principles regardless of public opinion. Both types of politicians are valuable, and both are needed at different times in a governance cycle. I am undoubtedly a "Compass" politician. While I deeply value all public input on Council decisions, I strive to vote based on my principles and my own internal process. I believe deeply in honest governance, responsible taxation, and the idea that people want as little government in their life as is reasonable. If any resident reads or hears this and these words resonate -- then it is likely that I would be a good representative of their interests.

Anything else you wish to add?

What I have brought to Council is outside the box thinking, and an honest perspective on controversial issues that has added depth to our Council conversations. I realized very early in my career as a Councillor that if I was worried about being re-elected, I wouldn't necessarily speak or vote what I believed to be the best path, but rather what was most politically acceptable. To that end, I played a mental game with myself -- I always assumed that there was no way I could ever be re-elected, and that put me in the frame of mind to vote and discuss with internal honesty. I was very proud to have been part of the Council initiative that enabled Lacombe to be the most business friendly community for Cannabis in Alberta (strictly my own opinion). I was also an integral part of the effort to have the City subsidize the sale of land in the east end that would ultimately end up being owned by Canadian Tire Corp. To be fair, we don't have a Canadian Tire built there yet, but I am still proud of the deal and for Council stepping out on a limb to make something happen. My largest failure as Councillor was my unsuccessful attempt to pass legislation that would allow for public consumption of alcohol in designated picnic areas of certain public parks -- it was a close vote, but ultimately did not succeed.

* Candidate profiles are published as submitted. Please note: The City does not operate, review, endorse or approve any external sites that may be listed here and is not responsible or liable for any damages arising from linking to or using these sites.